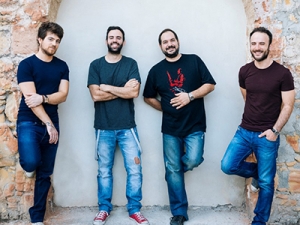 The Zilla Project is widely considered to be the leading Blues Rock band in Cyprus. Their debut album “This One’s for The President” (2014) has received raving reviews from prestigious Blues publications, home and abroad.  Over the past ten years the band has built a wide following, having performed in every corner of Cyprus from the major festivals to small venues. They have completed two international tours in Switzerland and Greece and have performed with significant Blues musicians from the U.S., England, Norway and Greece, including Kirk Fletcher (U.S.), Adam Levy (U.S.), Gil Edwards (NOR), Bex Marshall (U.K.), Blues Wire (GR) and Panos Mouzourakis (GR).   The band will perform a mix of their original material along with dedicated material prepared for the festival, ranging from Funk, Soul and Jazz-rock.