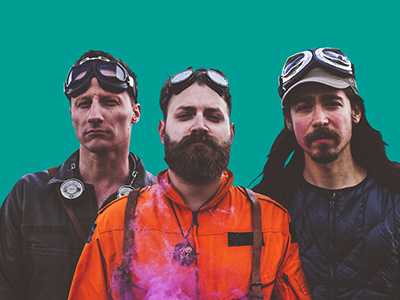 A band that shows again and again the wonderfully laid-back and artful way one can free oneself from all musical constraints and traditions. The Band consists of three musicians who have opened the gates to a new musical understanding since the formation of their band in 2011. Originally coming from jazz, the three gentlemen have basically left that all behind them and found their own musical identity, drawing their influences from different directions.

Besides the strong instrumental skills and the highly complex songs of the musicians, it is above all the driving energy in the playing style, melodies, harmonies and riffs that sets the music of this trio apart from traditional jazz, and is rather reminiscent of the progressive rock era in the 70s. After releasing the critically acclaimed album “An der vulgären Kante” in 2016, Edi Nulz presented their latest album “El Perro Grande” in spring 2018.