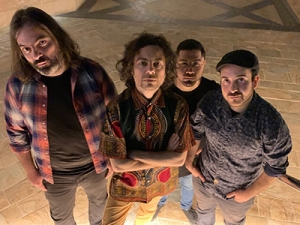 Fuzz Bus is a quartet that has been active for several years. Their music can be described by the general term jazz rock, while it is characterized by strong elements of jazz and improvisation, funk and soul, as well as psychedelic folk.
They will present a set of original material on which they have been working over the last year, which draws elements from all their influences, and the music they have adapted in their own way during the years of their existence as a group. Influenced by John McLaughlin’s progressive jazz of the Mahavishnu Orchestra, Jimi Hendrix’s psychedelic blues, Terry Callier’s progressive folk, and Sly Stone’s funk, among others, they present an irresistible set of original and intensely energetic music.