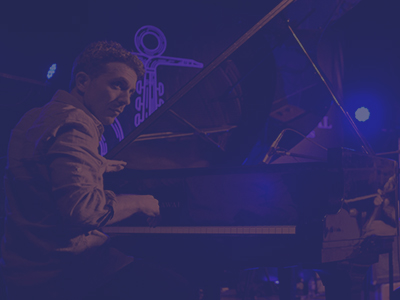 The Takoushis-Karapatakis Project was formed in 2008. Their resourceful yet unassuming music disposition, exuding a modern and distinctive European jazz sound based on strong melodies and virtuosic improvisations, defies any self-classification. Their music, based on and developed from the fundamentals of jazz improvisation and individual self-expression, displays original ideas which are inspired by the music traditions of the Mediterranean. And while it does not engage in loud and ostentatious conversations with these traditions, it brings about “memories”, which are stemming from the two artists’ motherland but also from the evolution of the jazz genre, and are deeply embedded, inseparably intertwined even, in the Project’s musical corpus. The Takoushis-Karapatakis Project’s discography has received critical and audience acclaim all over the world, and their music has been included in the EBU’s jazz album, The Music of Europe. They have released the album Sympnoia (2010), Seven Miles East (2012) and Colours of Another Sky (2015).