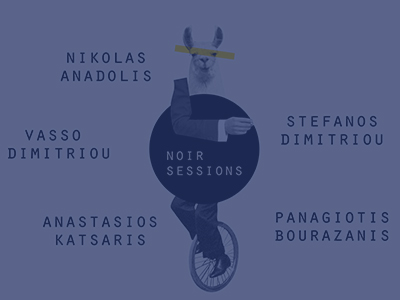 The Band was formed in January of 2018, in Athens. It is a musical collective, aiming at the interpretation of original compositions and minimal adaptations. The core of the group is the quartet, as well as honorary members and invited artists.

The team’s biographies include a wide range of noteworthy collaborations and international awards, as well as a variety of performances at National and International Festivals, Musical Scenes and Theaters in Greece and the rest of the world. This resulted in the group’s name Noir Sessions, which is a poetic translation of the members’ “Night Performances”!