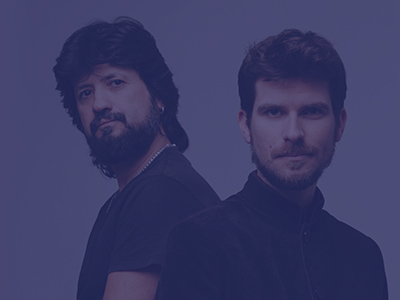 Guitar maestro ‘Chicuelo’ Juan Gómez joins forces with jazz pianist Marco Mezquido and ‘they surpass known patterns of flamenco jazz’ (Jazz Thing). Chicuelo and Mezquida made a surprising move last year with the release of their first collaborative album Conéxion. Accompanied by percussion only, they gave room to all aspects of each other’s playing. Barcelona is a major source of inspiration, as a Mediterranean metropolis and meeting point of many cultures.

‘Chicuelo’ Juan Gómez is currently considered a major innovator of the flamenco guitar, following in the footsteps of the legendary Paco de Lucía. His talent as a composer and songwriter has been awarded with a prestigious Goya Award. Now he will join forces with another great musician from Catalonia, pianist Marco Mezquida, who makes a logical connection between jazz, classical music and flamenco.  He is among the most brilliant and promising musicians that have arisen in the Spanish musical scene in decades, and has already recorded more than forty albums, of which ten as a band leader and composer.