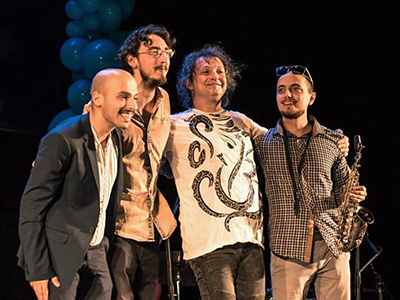 After only a few years of artistic presence and an international release (the album “Sketching the Unknown” by the UK-based Jazzman Records, 2019), this band is one of the new assets featuring prominently in the Greek music scene. Primary centered around straight-ahead contemporary jazz and heavily influenced by Balkan music, the band approaches, through Sokratis Votskos’s original compositions, modal jazz in a more comprehensive manner as it has been developed and popularized by Miles and Coltrane, and as we come across it throughout the genre-spectrum of Greek traditional music and/or Eastern musical tradition: a truly fresh and creative approach.