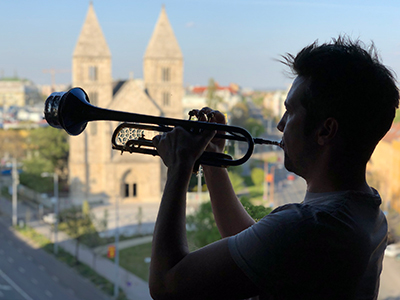 Kodály Spicy Jazz was formed in 2017 in memoriam of the 50th anniversary of Zoltán Kodály’s death. It aims to bring the well-known Hungarian folk songs from choir and singing lessons to the – mainly young – audience in a new, creative, energetic fresh kind of flavour. The members of the band are professional musicians who have several bands and represent a wide spectrum of genres like blues, funk, rock, metal, reggae or pop music.  Their first LP was published in 2018 and it contained ten re-brainstormed folksongs that are known owing to Kodály’s collective work.